Over the past few days, I have witnessed and been involved in some heated ‘discussions’ on Facebook, about fitness.

My foundations for approaching a disagreement –
1 – I have not met a trainer who does not have people’s interests somewhere at heart
2 – A lot of trainers ended up where they are today because they have overcome fitness or health issues themselves. Having overcome challenges such as these, they gain a lot of passion for defending sometimes trivial points.
3 – I have Chimp (called Mildred, see the book Chimp Paradox for more info) and that Chimp fears the effects of being wrong in public.
4 – A Chimp response is anger and defence, often in arguments I am speaking with people’s Chimps and not their reasonable self.
5 – I may be wrong, I often am, it has never been a bad experience, only one of growth
6 – I will not move from my strong values of evidence, but equally I will let people live with their level of evidence too
7 – Due to all of the above, I am happy living with what I deliver without having to validate that through shouting others down

So if you find yourself in a debate, I have some advice for you.

First workout what is at stake and what benefit you will derive from even jumping in on the debate. Sometimes it is easier to watch and let people have their opinions, misinformed or not.

Second if you have to get involved then make it clear to the people in the conversation that the discussion is not personal. Ensure that they know you are either trying to learn or at least defend a misrepresented point. I do this by complimenting the industry and trainers as early as I can.

Third set up your evidence boundaries and share them. By doing this, you can dismiss poorly structured arguments, opinion and guru based evidence. Unfortunately, you may find yourself debating how to make a decision.

The next phase, I am particularly bad at, and that is getting in early, making your point and then getting out. In the debate the outcome needs to be positive, you either learn or you even up the debate for people reading along. It is very unlikely you will change the minds of people who have written opinions, so the goal is to get to the silent reader!

What is the best training tool to use?

In the FASTER system, a training tool is so far down the list of priorities that it is not even a question. Although the CMT, for no reason other than it is cool!

Recently I experienced an altercation on this training tool. As a training tool, I have worked with for eight years and one designed by two phenomenal people. Not to mentioned being backed by an amazing equipment company, I felt I needed to redress some of the comments made on a thread. To be clear, I also wrote the education for this piece of equipment too.

Essentially the debate was triggered because the CMT has to have marketing that hits all different demographics. On the landing page for the CMT, one of the best trainers I know produced a slight tongue in cheek video for the product. Additionally Escape have used their branding that is playful and to some commercial.

The accusations being thrown around though were not about the relevance of the marketing but instead directed at the training tool and the associated education. 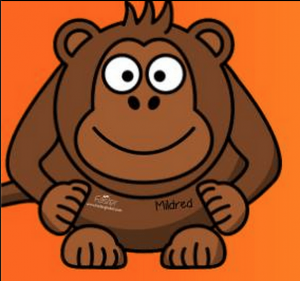 So I took 5 minutes, and then I went to work to try and redress the balance of information. My priorities were simple –

I won’t you with the argument. However, I will share the highlights so you can see how things work –

1 – The person first through accusations in a mocking tone about the product and its use without any prior experience or knowledge of the training tool.
2 – One person in the debate had their training tool to promote, which they shared later in the thread
3 – All of the trainers were more ‘conventional’ in their approach and liked the Kettlebells, Lifting and Body Weight Exercises. They mainly showed a lack of ability to separate the outcome, the training tool and the energy systems from one and another. This was shown further in the debate.
4 – Initially they asked for research, with a very broad question. When presented with research, then they dismissed it with claims of opinion and experience.
5 – Some people dismissed it because of personal results or they gave themselves the spokesperson role for all of their gurus.

The debate became a revolving argument, so I had to drop out (probably about eight posts too late). The circle of conversation was like this –

1 – But what is it for, is it not just a tug toner. Lol (I was not convinced they were Laughing out Loud; I imagine they just snorted a bit)
2 – Where is your research?
3 – Discuss this with my mate the Physio/ Osteo/ Chiropractor
4 – Research is not everything
5 – The marketing is wrong and clearly set up to con people
6 – Science can be wrong and so we need to go on opinion and experience
7 – The evidence could be cherry picked
8 – Keep repeating steps 2,4,5,6,7 moving slightly off topic each time (the medical and rehabilitation people dropped out because they have to be evidence-based).

Before I dropped out, feeling satisfied that if you read the thread you would see that I care about the industry I checked the thread. My checks were to make sure I had not insulted anyone, and I had demonstrated I was science driven. Also on my checklist was that I had praised at every opportunity, thanked at every opportunity and provided evidence that I was not trying to con anyone in the thread.

In the thread, I produced the following –

My requirement for evidence to pass as quality
The questions I asked before I started to research
The title of the 70+ papers I had read to put the course together
Acceptance that others may not be so thorough
Dismissal of the fact I had to lower my evidence standards because they had
Dismissal of the fact that I judged their evidence levels
A fair argument for all training tools and then the specifics around the CMT, when it would be useful and when a different training tool would be better.
Thanks to all the people allowing me to debate
Acknowledgment that we could disagree but all have happy clients

With all of those ticked off, and with my feeling of the thread starting to resemble a witch hunt made clear, and then I dropped off of the thread and forgot about it.

However from this we got two people immediately interested in how FASTER works and one of our mentors from the FTE course, Scott, also got two people ask him about out courses!

Do you want to be part of discussions like this and have behind the scenes access to how we construct arguments and back everything we say with clear evidence and a thought process? If so, you should consider jumping on the 2016 FTE course, which is linked to this sentence!